Ocean to Sky Back Story

Ocean to Sky Celebrated on a Stamp! 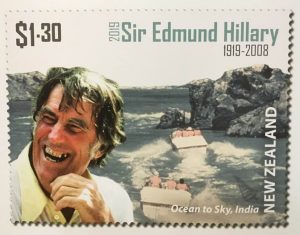 One of five stamps issued on the 20th of July 2019 by NZ Post to commemorate the Centenary of Hillary’s birth celebrates the 1977 Ocean to Sky Expedition. Sir Edmund Hillary’s journey from the Ocean to the Sky along the India’s River Ganges was his last major expedition and the only one to be comprehensively filmed.